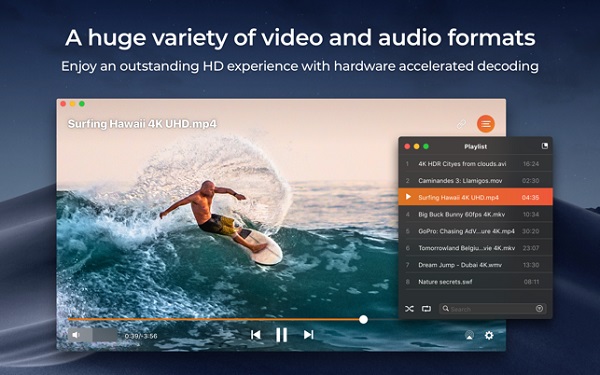 Windows Media Video or popularly known as WMV is one of the famous video formats that is found on Windows devices. There are no challenges in playing WMV files on Windows; however, it cannot be played on a Mac device without a WMV media player installed. Alternatively, you can also convert the WMV files into MOV or any format that is compatible with Mac. MacOS does not have any WMV decoders by default; hence, it is necessary to install them first.

If you find it difficult or are not aware of how to convert WMV files to other Mac compatible formats, this article would be helpful for you. We would tell you in details how to install a 3rd party WMV player on your device and play the WMV files seamlessly. The methods described here are easy to follow and anyone can do it with ease. Make sure you follow them correctly so that you can celebrate the experience of playing WMV files on your Mac devices.

How to convert WMV files to compatible formats of Mac?

When you are successfully able to convert the WMV files to Mac compatible formats like MOV or MP4, you would be able to play them on the default media players of your Mac device. Then, you would not require any third-party program to play your favorite WMV contents. The WMV files after conversion can be conveniently shared on several Apple devices that include MacBook Pro, iPad, iPhone, and Apple TV. This solution would be quite helpful for people who are eagerly waiting to play their WMV files on Mac OS X.

Install a third-party Media-Player for Mac

One of the reliable third party media players available in today’s time is the Elmedia WMV player for Mac. You would be able to play all your favorite WMV video and audio files on Mac with the help of Elmedia. Elmedia takes care of any quality issues that may arise and smoothens them for you. Hence, you get to enjoy clear videos on Mac. The media player allows you to play WMV and WMA files without any additional codecs and plug-ins. It also works with a huge range of file formats like MP4, MP3, MOV, AVI, and many others.

Elmedia is an amazing media player that lets you play several file formats on your Mac device. When you have this installed on your Mac device, you do not have to look anywhere else; instead can enjoy music seamlessly. You either can use the free version of Elmedia or can purchase the full version that has several other interesting features.