Taking Care of the Cichlid Fish: How to Do That 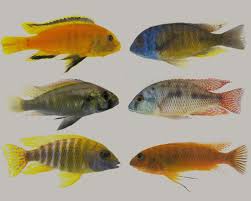 When we hear about African fish, we immediately think of the Great Lakes Cichlids, Malawi, Tanganyika and Victoria and we often forget that there are also other fish living in rivers, swamps or yards of water.

The Fish in Africa

There are for example Anubia, and Bolbitis heudelotii (Congo ferns). The soil is composed of rounded and worn pebbles, fallen branches, fine sand or mud. We can recreate this current by placing a powerful filter capable of filtering 3 to 4 times the volume of the tank per hour and adding a stirring pump to stir the water and create eddies

A 200L aquarium filled with tap water, pH between 6.3 and 7.5, temperature between 24 ° and 27 ° C, hardness from 8 to 15 dGH. A ground in Loire sand or not sharp quartz, a plantation made up of various Anubia, a lighting of 1 watt for 3 liters; filtration of 3 to 4 times the volume of the tank per hour with blue foams and substrate for bacteria.

A couple of Pelvicachromis pulcher , small well-colored Cichlid Fish, we must place in its tank a lying flower pot, roots or half-coconut to offer it laying supports We can also keep just a couple, alone in a tank from 80 to 100L. Small detail: The sex of the young is influenced by the pH of the water: if it is acid there will be a majority of females.

They reproduce readily and are not very aggressive. His only fault is to dig a little around his refuge. It is a layer on a hidden substrate that keeps its young and walks them through the whole tank.

The Locations and the Species

We can associate with it a group of Phenacogrammus interruptus, originating from the Congo Basin, also called Congo Blue Tetra. The males measure about ten centimeters, the females remain a little smaller.

They were part of the African Characidae and were recently reclassified as Alestiidae. Both are adorned with beautiful colors with superb reflections, they need to live in a group and a large swimming area. They are gregarious fish who are peaceful and good swimmers but sometimes quite fearful, they appreciate a well-planted and not too bright tank and the presence of other calm fish. Do not hit the pan glass and do not scare them. You should also avoid suddenly turning on their tray. Dark soil and soft light bring out their reflections. They demand very clean water, without nitrates which requires frequent and significant water changes. A temperature of 24 to 28 ° C and a pH of 6 to 7 suit it perfectly